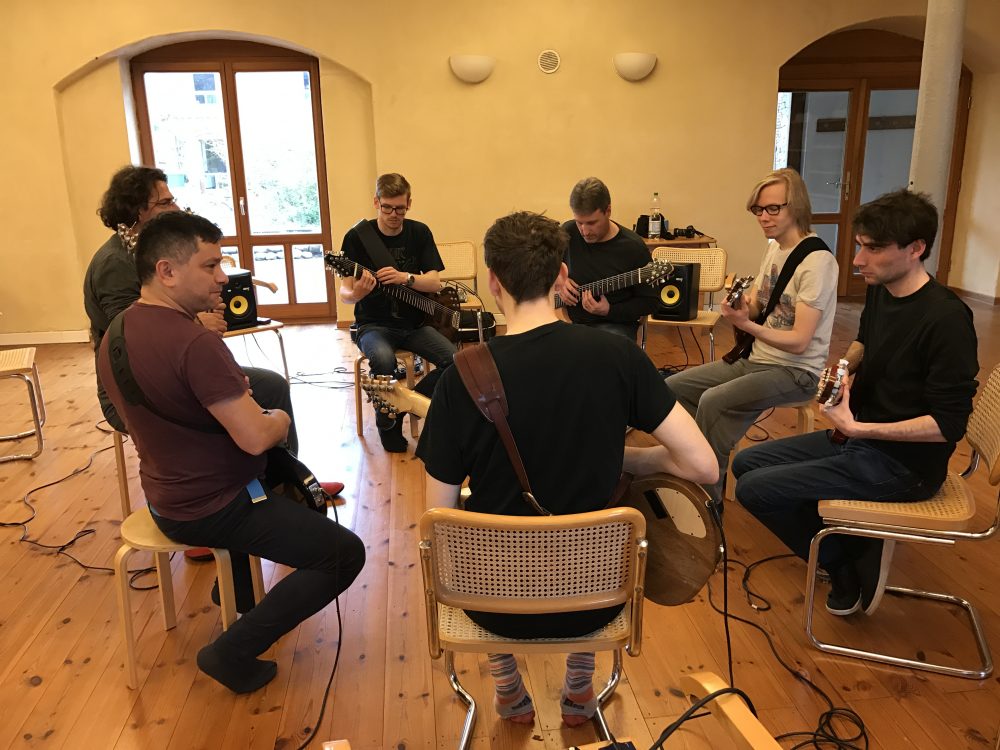 The TGC Berlin 2017 workshop took place from April 5-12 at the wonderful Seminhaus ÖkoLeA in Klosterdorf Germany (the same location as the fall 2016 seminar). Once again the group stayed in the floor above the seminar space and prepared and ate all meals together. We played for about 8-10 hours a day in the seminar space. 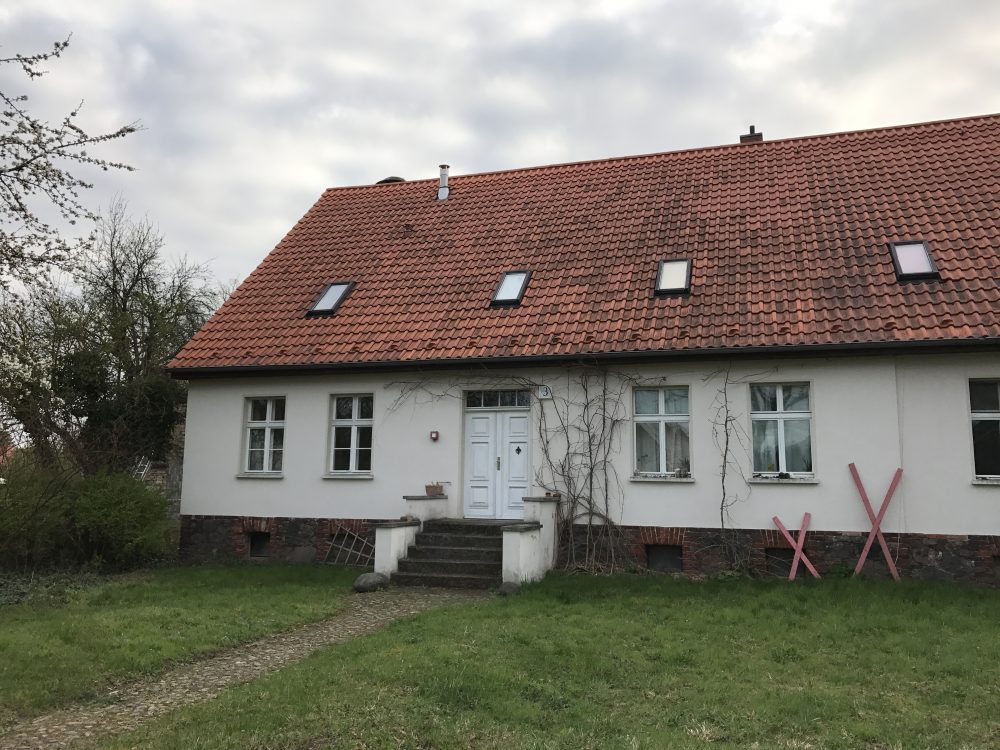 The group consisted of players from several countries in Europe (Germany, Finland, Belgium, Denmark), and a player from the US. It included U8, U10 and Chapman Stick players, all with at least some experience with touch style playing and with varying amounts of exposure to the Family exercises. Markus Reuter and Chris Herb led the group work at different times throughout the week. Some players stayed for the duration of the week, and others joined just for a few days.

The work throughout the week was varied and covered several areas:

The focus on group improv circulation was really interesting and felt like it was some great work towards evolving the group playing. The process of working together on a new exercise was fascinating and a great experience. 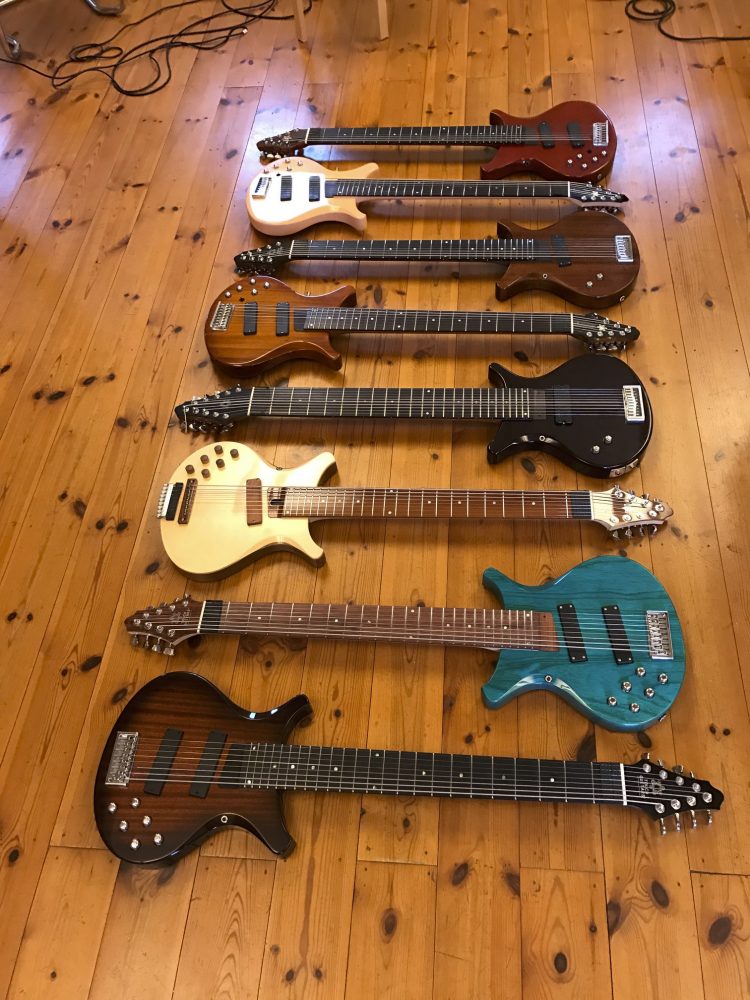 This was actually my 5th workshop (having attended 2 in Seattle, one in NY and the 2016 and 2017 seminars in Berlin). I believe this seminar was the longest one so far (at least for me), and I really enjoyed the extra time. I have been amazed how the family has evolved, and how the workshops have evolved as well. Each group has been unique and each workshop has been fantastic and different, but I can also sense progress in the players and the workshops.
Thanks so much to Markus, Chris, and Wolfgang for planning the workshop and making it such a great experience! And thanks to all the amazing players that attended… hope to see you again soon!