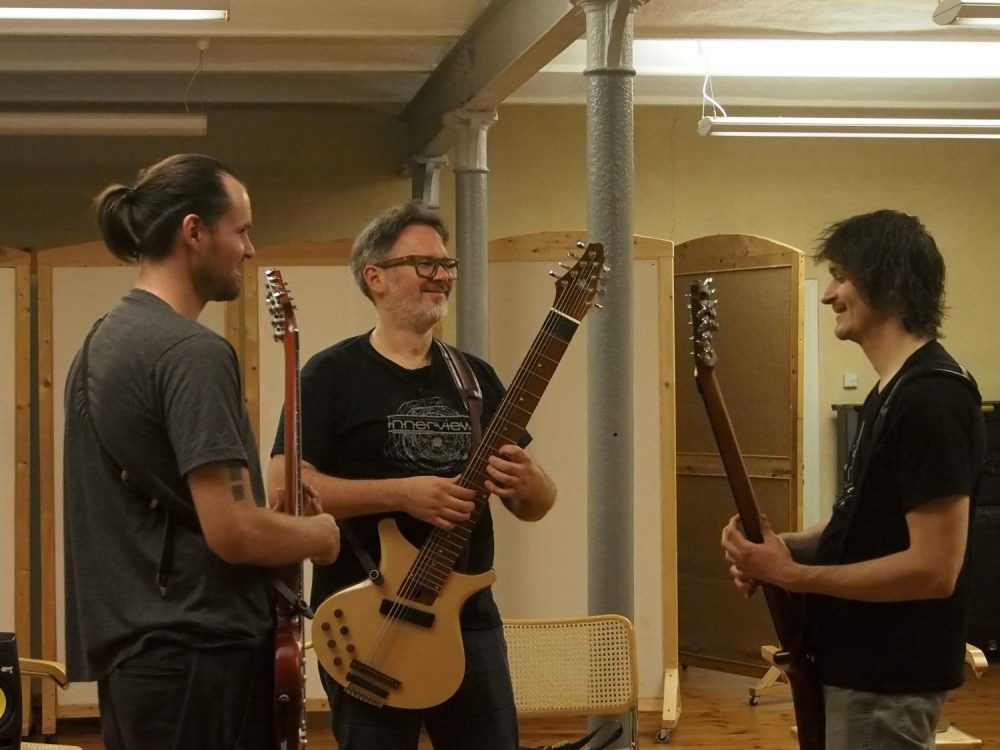 Since some members of the Touch Guitar Circle moved to the German capital in the last years, it was clear that we would have to make a meeting happen in Berlin at some point.

It finally took place at the beautiful Seminarhaus ÖkoLeA, a former farm house, in what must have been the last week of Berlin summer in September 2016. Although it was quite hot and humid outside, we were lucky that the seminar room was located in the basement of the house and quite cold. The group consisted of 9 tappers from all over the world, though mainly Europe, including Markus Reuter who led the group.

The house made an intense and close gathering possible, as the accommodation and seminar space were closely connected. Plus we cooked for ourselves which is always a great opportunity to get to know each other. 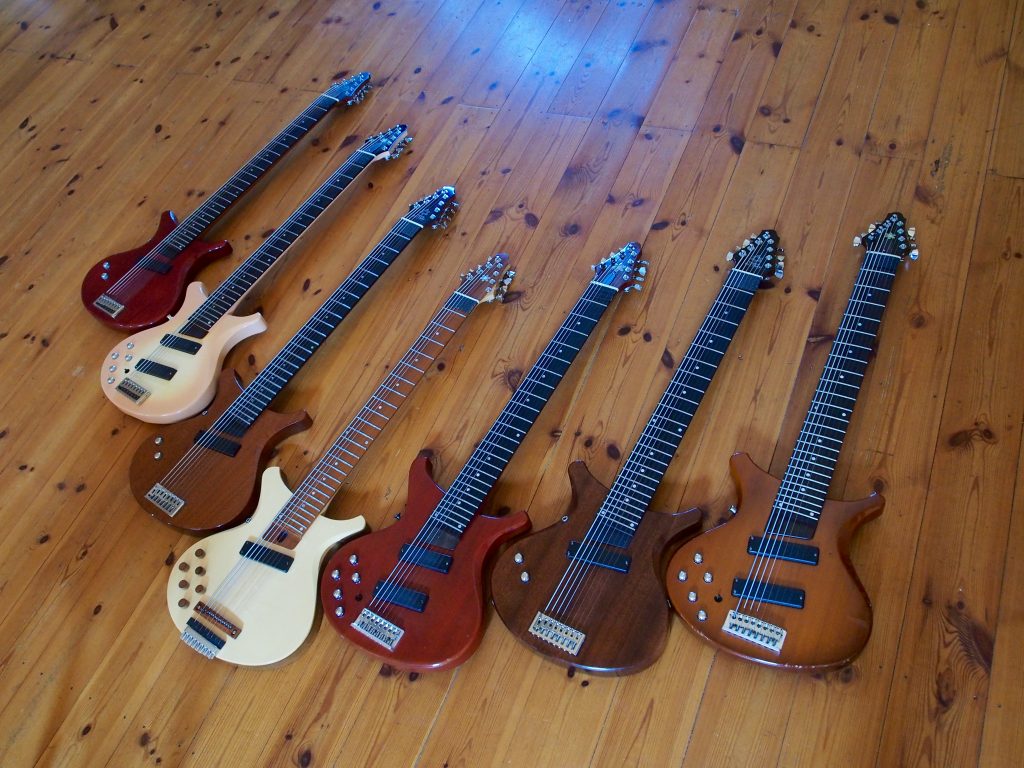 Besides Markus teaching the group various family exercises, compositions, improvisations and circulations, Alexander Dowerk and I were also given the opportunity to lead the group a couple of times. This was personally a huge deal for me, as I met Markus and Alex for the first time in 2013 when I attended the TGC meeting in Innsbruck, Austria, and now teaching along with them was really a “full circle” experience. To me these meetings are all about pushing the limits and being surprised in the end about what you are actually able to do! 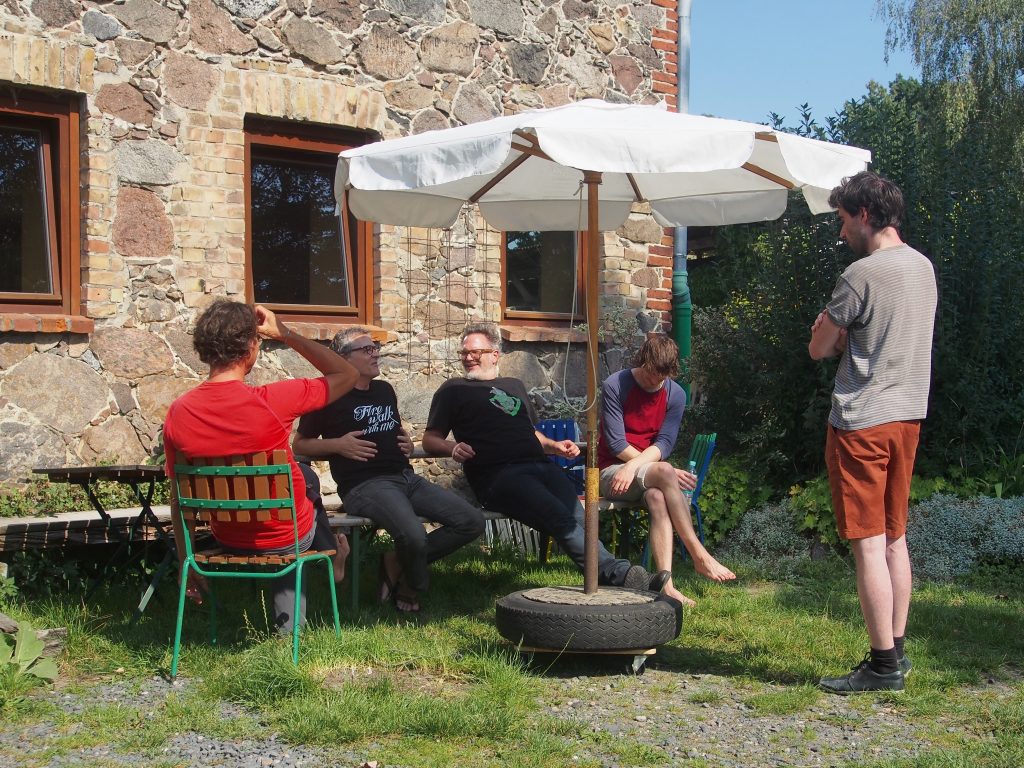 After 5 days of intense playing, usually 8-10 hours a day, I could see how much progress everyone had made on their instrument—no matter if they had been beginners or not—and also how great the group had developed and grew together. But besides personal growth, we also have made a huge step forward in the development of touch guitar playing itself, as the importance of the latest expansion of family exercises became very apparent. 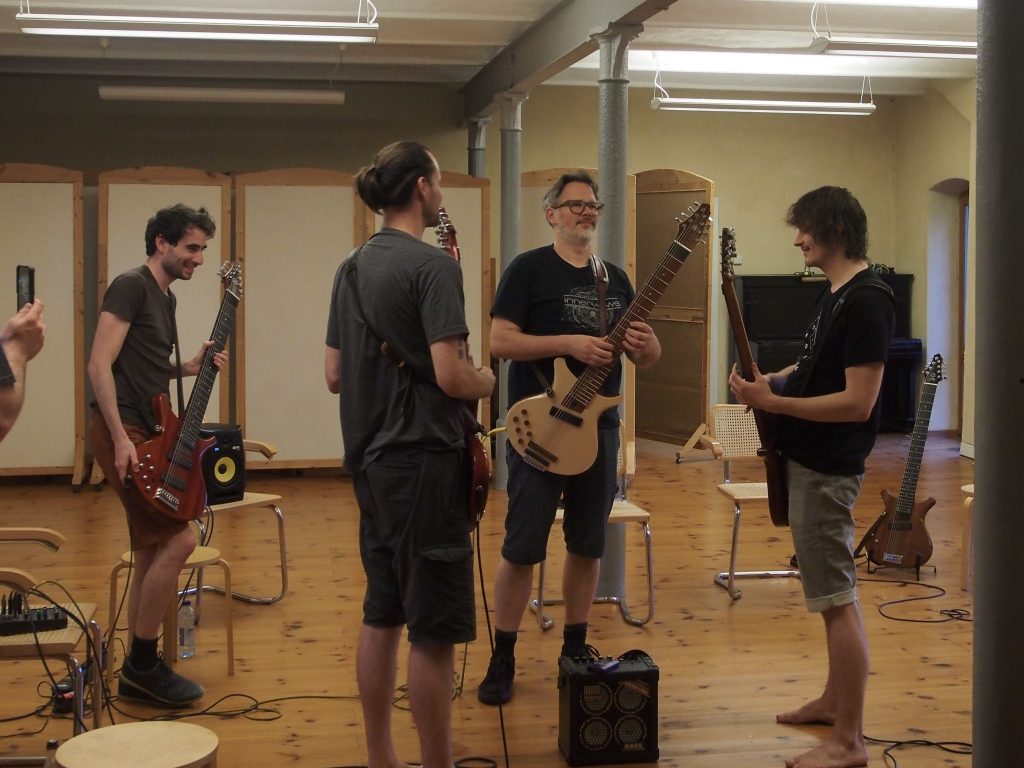 It was, as always, an unforgettable experience (thank you Markus!) and it is clear to me that this was just the start of an ongoing series of TGC meetings in Berlin (thank you Wolfgang!). Hope to see you all next time.